Interactive Panels for Education and Business: A Case Study

Clear Touch Interactive® is one of the fastest growing brands in the EdTech market, providing interactive panels and hands-on service and support to customers throughout the United States.

The team at Clear Touch™ began working with The Brand Leader in 2015, in the middle of a company growth phase, in order to execute their branding and marketing vision. Now, the partnership between the two companies continues to evolve as the industry changes.

“It was nearing the end of 2015, and we were growing rapidly as an organization,” recalled Keone Trask, Clear Touch™ co-founder and president. “Our team recognized the need to increase our branding and marketing capabilities both internally and externally. While we wanted to maintain some control of the process, we had never envisioned executing the marketing plan in house.”

According to Keone, their internal team conducted a thorough search in the Greenville, SC area for the right agency. Finding a local agency and forming a true partnership was important to Clear Touch™; the team wanted to get to know their agency on a personal basis and be able to have face-to-face meetings.

“At the end of our initial search, which was fairly exhaustive, we interviewed with three agencies,” said Keone. “We chose to move forward with The Brand Leader because they presented us with a unique opportunity to engage with them, and for them to learn our business before we made the final decision.”

Specifically, The Brand Leader offered to shadow the Clear Touch™ team at an upcoming trade show in order to get a full picture of the current brand and the way that Clear Touch™ was positioning itself in the market.

“It was a phenomenal offer and ended up being our first project with The Brand Leader,” Keone said. “When we first met, they suggested setting up a time watch us and give us their feedback and impressions as a way to start the process. I felt like they were willing to make an investment in us upfront—rather than requiring us to do all the work to present ourselves to them. The other agencies were requiring a lot of work from us in order to get started.”

“So, The Brand Leader’s company leadership team came out and spent time at our trade show, watching from afar, engaging with our customers and potential customers directly, and interviewing trade show attendees,” explained Keone. “In the end, they came back with a full marketing assessment and a series of recommendations.”

Based on the recommendations, Trask and the Clear Touch™ team began working with The Brand Leader on an enhanced identity, which included a bolder logo with a bigger pop, a new color scheme, and more consistent branding across all marketing materials, from their letterhead and trade show slip sheets to the website and email campaigns. 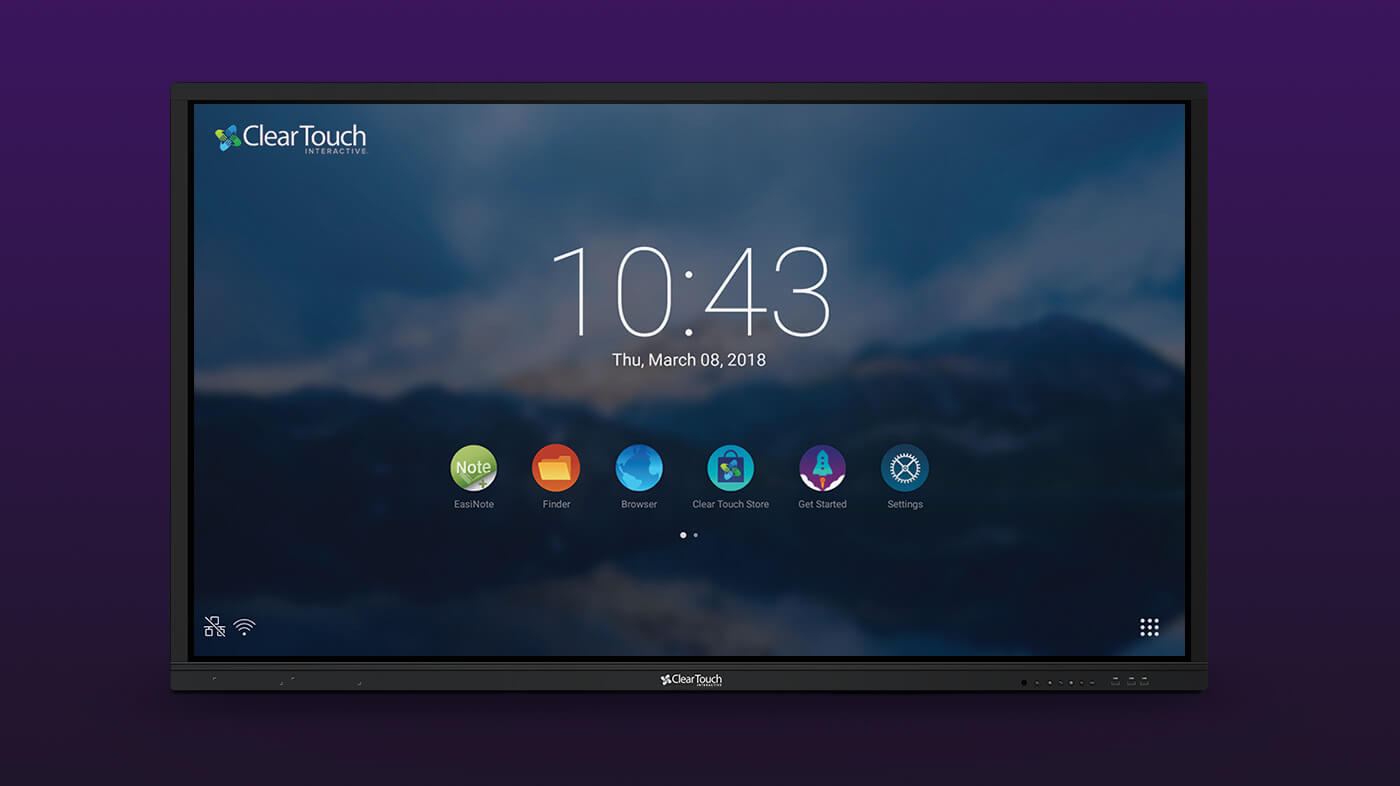 “We knew that we definitely wanted our identity to evolve, but we had some things we were invested in and couldn’t change all at once, such as vehicle wraps, packaging, and our booth and exhibit. We had to go over each item and get the brand reset right before we could do anything else. It was a collaborative effort that required lots of discussion and feedback, and we greatly appreciated the freedom to say ‘this will pull us too far away from our roots’ or ‘we love this and it makes a lot of sense’ as we rebranded at our own pace.”

Overall, rebranding and finding a new identity was an involved, delicate process which relied heavily on open communication between the two companies.

“We’re a growing brand, so we need a lot of active communication that allows us to collaborate and test ideas,” said Keone. “The Brand Leader has given us that personalized attention and shown a willingness to be available and to have those discussions from day one. They have a hands-on work style that’s well balanced. They don’t rely on us to have all of the ideas or to package everything up neatly for them, but they don’t try to pigeonhole our brand into their template, either. We have the freedom to manage ideas internally, to ask for their contribution, or to pass the ball and let The Brand Leader generate the idea. Of course, we always look to The Brand Leader for execution.”

Partnering with an Agency

“The amount of work we collaborate on has dramatically increased, and our relationship has grown in both capacity and complexity,” Keone said. “Throughout the process, they’ve allowed us to be involved, so we don’t feel like we’re in the fight alone. We’re in a fast-paced, highly-competitive environment, and we’re always looking for ways to out-market and minimize the competition. With guidance from The Brand Leader, we’re regularly able to produce refreshing collateral. I appreciate that they don’t take a one-size-fits-all approach. They’re willing to get in the trenches, get their hands dirty, and evolve with us and our industry.”

In addition to The Brand Leader’s adaptability and willingness to collaborate, Keone and the Clear Touch™ team appreciate having a focused marketing partner.

“I’m certain that having The Brand Leader as our marketing partner has helped the company grow. It allows us to focus our energies on sales and internal marketing, which is where our team shines. We still want to have some hand in concepting, but we don’t want to decrease our effectiveness by spending too much time on branding, marketing, and PR execution. Having a partner handle that heavy lifting, and having the confidence that it will be done and done well, enables us to do what we do better. Innovate.” 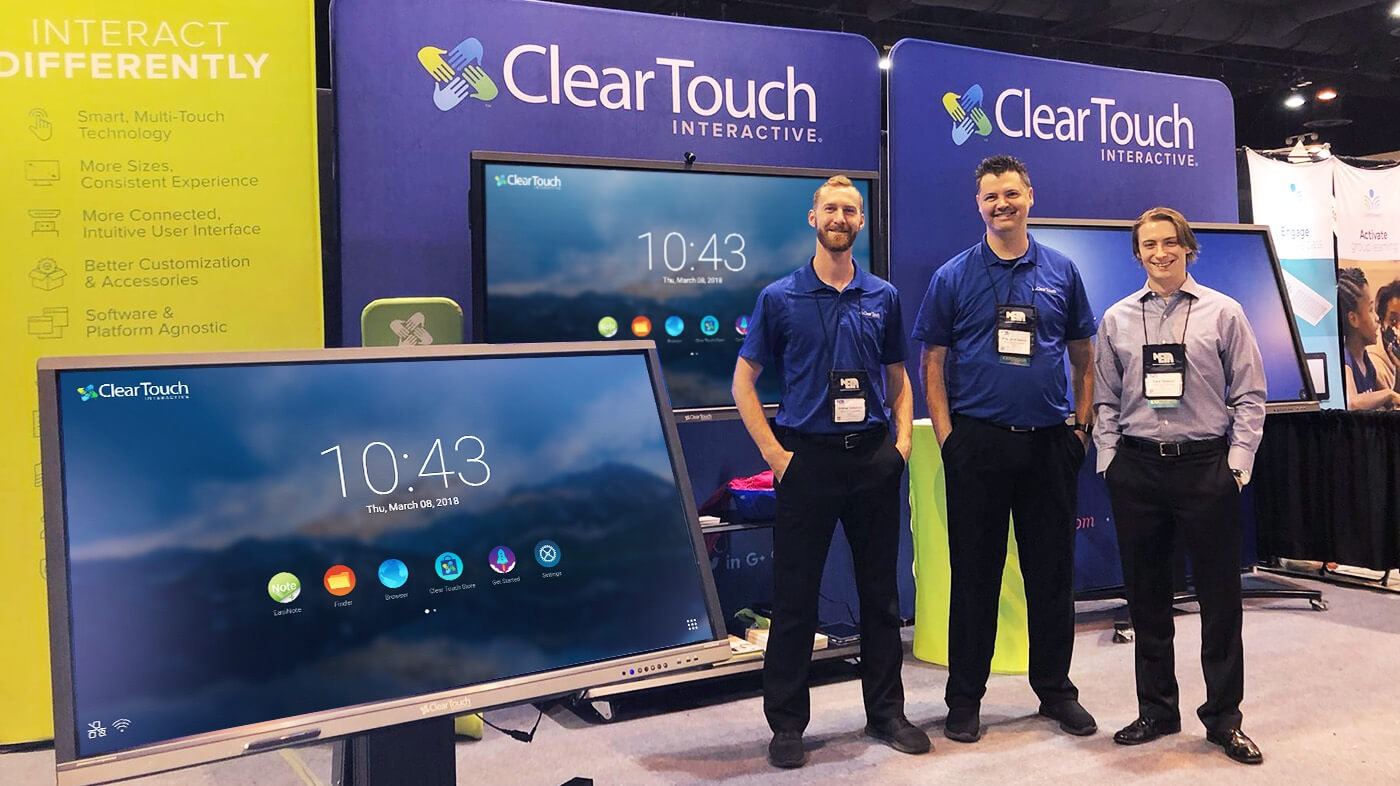 Making it Better Than Right

While the partnership between Clear Touch™ and The Brand Leader is strong, any partnership has hiccups and challenges. It’s how you respond to those challenges that matters.

“I’d say the biggest challenge that we face, which is just part of this industry, are all the major trade shows and conferences,” said Keone. “You have this high-stress situation where deadlines are looming, you know that there are going to be lots of competitors waiting for you to miss a step, you’re managing this huge production with multiple third-party vendors and everything has to go just right or you’ve wasted the opportunity.”

Clear Touch™ had a large order of brochures printed up for one such trade show. 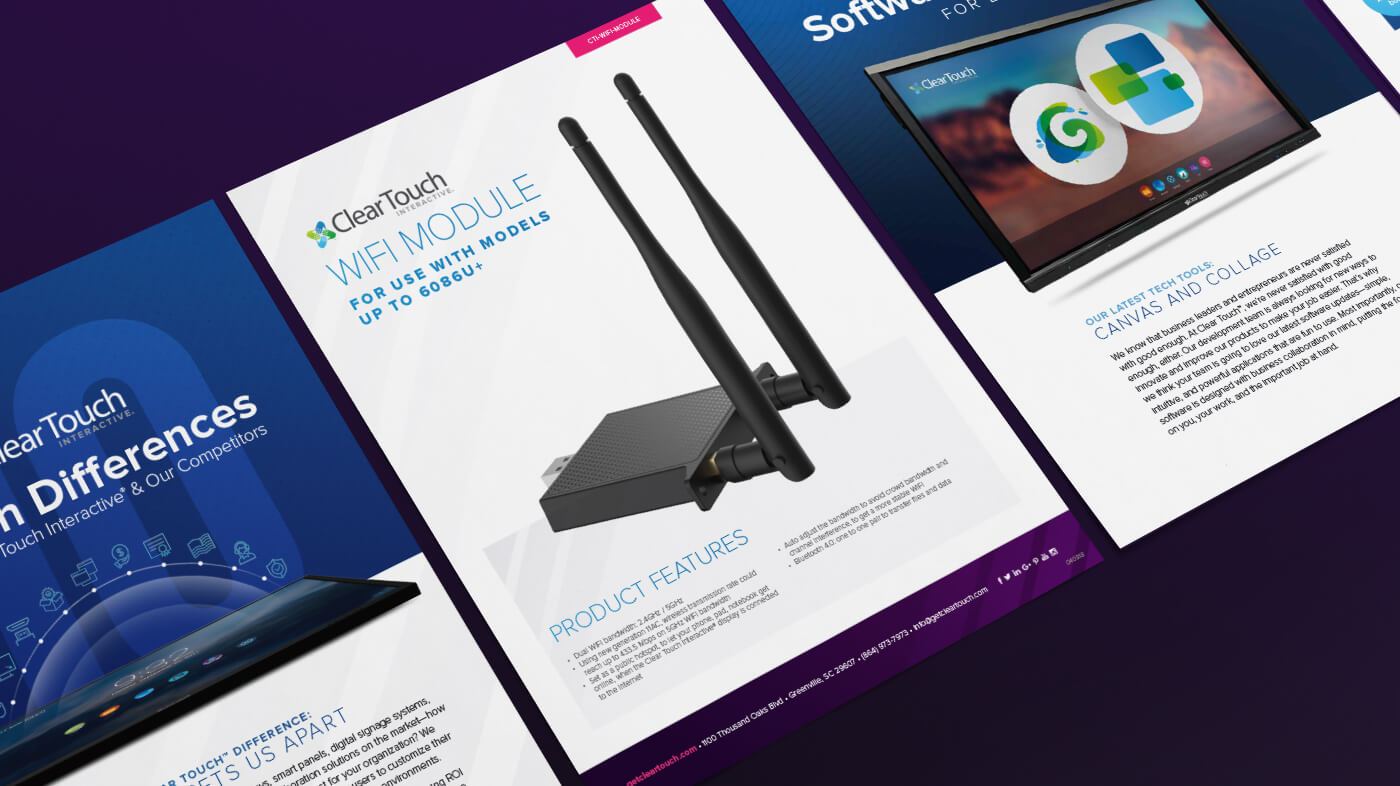 “It was one of those last-minute additions to the trade show. We ordered a bunch of brochures and had them overnighted to the venue. We opened them up that morning, and they looked absolutely amazing—but they were missing an image. Well, The Brand Leader rush printed 1,000 stickers of that image, and then their team came out and hand-delivered these stickers and put them on every brochure so we could use the first batch while the original printer was fixing the mistake and resending. They jumped right in and found a solution that made it right. More than right.”

Looking to the Future

With the help of The Brand Leader, Keone and the Clear Touch™ team hope to continue on the track they’re on.

“We want to continue to stay on this accelerated growth path. We’re one of the fastest growing brands in the EdTech business; we had an 8% market share in a 2.2 billion segment last year, and we’re still growing,” said Keone. “Our next goal is to achieve 100% year-over-year growth, and we’re on pace to do that. We had 20 employees a year ago, now we have 32. More than the growth, though, we want to continue to be a leader in the marketplace and to drive innovation—because that’s what it’s all about. Changing the way that people interact in the classroom or in their workplaces for the better.”

How can we help your company?